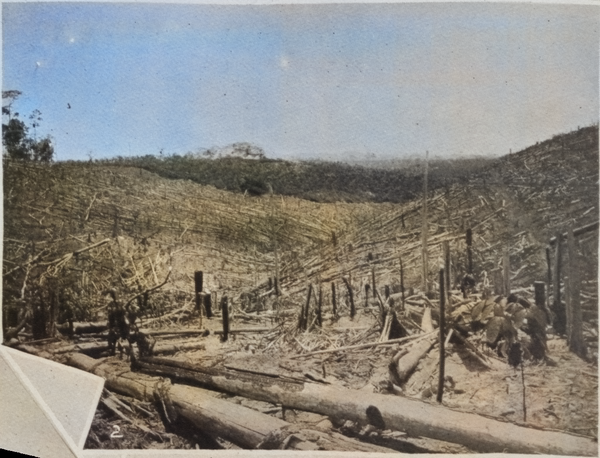 Para pemilik ladang ini dikatakan mempunyai pertalian keluarga dengan beberapa tokoh pentadbir British di Tanah Melayu: “The proprietors of Belmont Estate, although absolutely new to Selangor themselves, are not without previous family connections in these parts. A cousin of Mr. Parry's was A.D.C., to Sir Frederick Weld, a former Governor. The Hon. E. Fielding was a nephew of the deceased General Fielding, who was adviser to Sultan Abu Bakar of Johore. He is also first cousin to Mr. Berkley of Perak and the Mr. Clifford of Pahang, whilst we believe that Lady Denbigh, the wife of the third partner, is also a relation of Mr. Clifford's.” (The Singapore Free Press and Mercantile Advertiser (Weekly), 11 May 1897, Page 12: |"SELANGOR NOTES"). 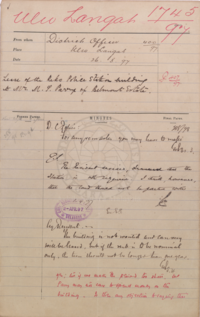 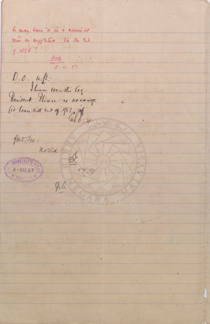 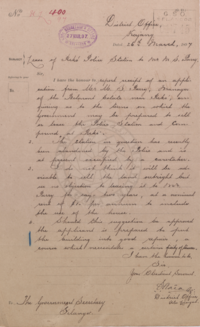 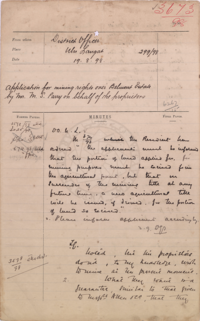 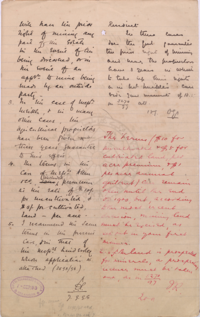 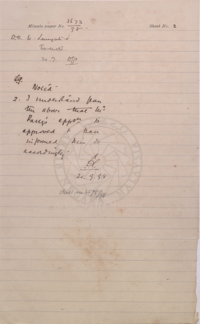 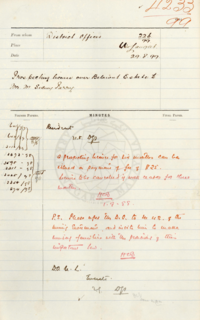 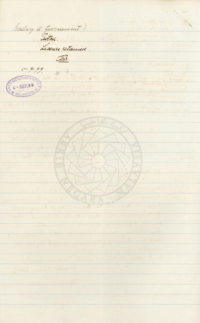 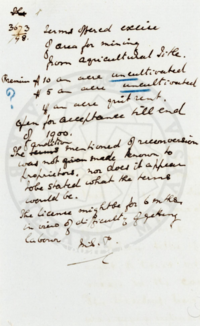 Ladang Belmont, West Country, dan Weld's Hill diambil alih oleh syarikat baru, The Kajang Coffee and Rubber Co. Ltd. yang dimiliki bersama oleh sebahagian pemilik asal ladang-ladang tersebut. Antara kegiatannya ialah tanaman kopi, teh, getah, buah-buahan, serta perlombongan: “The Kajang Coffee and Rubber Company (Limited) has been registered with a capital of £23,000 in £1 shares. The object is to acquire (1) the West Country Estate in Selangor, on which the business of growing and dealing coffee, tea, rubber, and fruit, and prospecting for minerals is now carried on by A. A. Allen, F.R. Hicks, Frances M. Morten, Florence C.G. Morten and E.B. Skinner, as Allen and Co; (2) the Belmont Estate, also in Selangor, in which a similar business is carried on by the Hon. E. Field, M.S. Parry, and C.W.Prosser; and (3) the Weld's Hill Estate in Selangor, on parts of which a similar business is carried on, and other parts of which are being developed for building puposes by the same persons, and to carry on the above-mentioned businesses. These will be no public initial issue. The first directors are C.W. Prosse, A.A. Allen, E. Fielding, and F.R.Hicks.” (The Straits Times, 21 October 1901, Page 5: |"A NEW COMPANY", The Straits Times, 18 March 1902, Page 4: |"NEW SELANGOR COMPANY"). 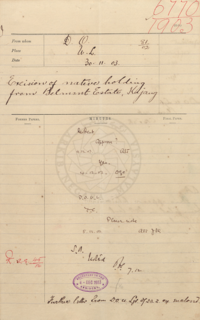 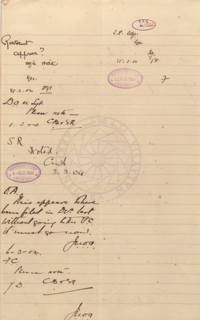 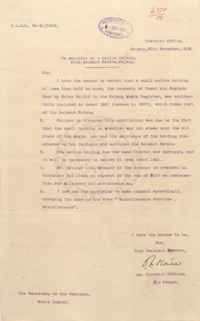 Di bawah pengurusan Federated Malay States Rubber Company, Ltd.: “About 600 coolies are employed by the Federated Malay States Rubber Company, Ltd., owners of the West Country, Belmont, and Ayer Hitam estates, situated about one and a half miles from Kajang railway station. The property comprises 6,247 acres, 2,000 of which are planted with rubber-trees varying in age from ten years to those newly planted. There are altogether 14,000 trees ready for tapping, and next year the number will be increased by a further 70,000. The yield of rubber for the season 1905—6 was 13,322 lbs. and for 1906—7, 31,500. The product was sold - in Antwerp, where the price was 2d. or 3d. above that ruling in the English market. There are four bungalows and some large stores on the estate, and two more bungalows are in course of erection. Mr. E. B. Skinner, the general manager, is a son of Colonel Russell Skinner, and was born in 1873 at Muzzaffapur, India. He commenced planting in the Federated Malay States in 1891'and six years later took charge of the West Country estate. He is also the general manager and visiting agent of several other estates, and has interests in many properties.” 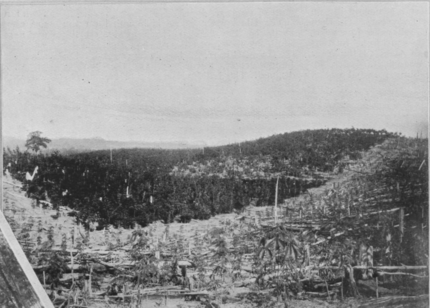 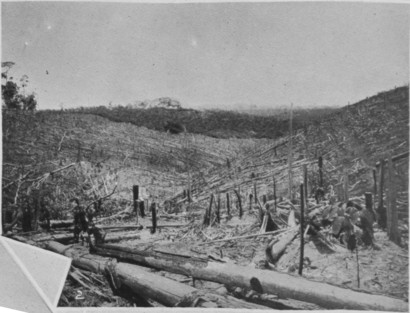 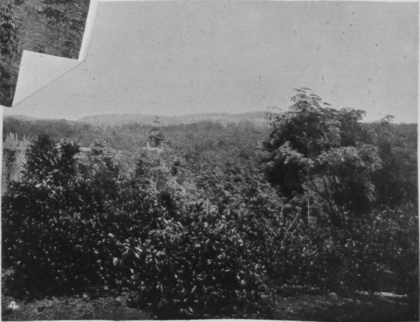 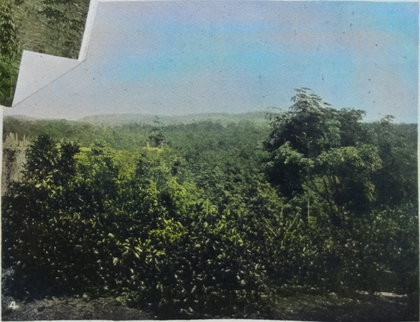 E.B. Skinner, salah seorang pemilik Ladang West Country, Belmont dan Ayer Hitam, adalah salah seorang ahli jawatankuasa Imigrasi ketika itu, yang sedang mengusahakan kaedah alternatif atau kawalan kepada sistem sedia ada (kangani - sejenis sistem orang tengah) dalam perolehan serta pengurusan tenaga pekerja ladang dari India: “The powers of the Immigration Committee were discussed generally, and, in referring to the question of the recruiting allowance recently fixed, Mr. E.B. Skinner, of The West Country, Belmont and Aier Hitam Estates, Kajang, Selangor, a member of the Immigration Committee, stated that the object of the Immigration Commitee was to stop enormous advances being made, the tendency of recruiters in India being to demand higher rates than those usually allowed. It was agreed to ask the Immigration Commitee not to make any drastic financial changes affecting the interests of employers until the Association had had the opportunity of expressing an opinion on the matter.” (The Straits Times, 7 December 1908, Page 7: |"Malayan Planters."). 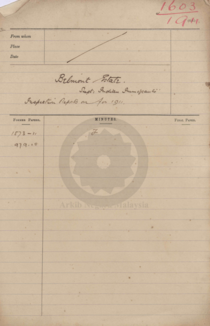 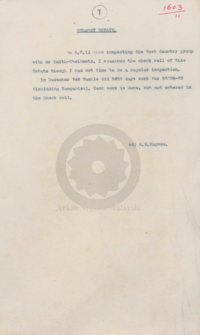 Kaedah penjarangan pokok-pokok getah bermasalah yang pernah diamalkan di Ladang Belmont didapati telah menambahkan sedikit hasil getah, namun dengan tanggungan risiko jangkitan penyakit melalui bekas cantasan tersebut. Kaedah alternatif yang dicadangkan ialah penebangan dan pemusnahan pokok yang bermasalah, hingga ke akarnya: “Some interesting figures are given as to yields obtained from old rubber, twelve acres having produced an average of 6.41 lbs per tree, equivalent to 522 lbs. per acre on a section of the Belmont estate, where wide planting 20ft by 20ft, or 108 trees to the acre, has been adopted ; average yield per acre was 617 lbs. This is claimed to justify the policy of thinning out. In the thinning out system practised by Mr. Skinner, the weakest trees are selected, instead of pursuing an arbitary rule of thumb method. But the small yields obtainable from the pollarded stumps offer doubtful compensation for the loss resulting from the arrested benefit to the permanent trees. The impaired vitality of the pollarded trees renders them more liable to disease. Unless the trees are stumped and all dead roots eradicated, a congenial ground offers for fomes and an easy communication channel is spread to the living roots of the remaining trees. Tapping the selected tree to death, uprooting and burning, roots, trunk and branches once for all would seem preferable.” (The Singapore Free Press and Mercantile Advertiser, 4 December 1912, Page 3: |"London Financial Letter").

Maklumat lanjut mengenai jangkitan penyakit melalui penjarangan pokok getah ketika itu: “The role played by insects in the spread of plant diseases is well brought out in the case of the collar-rot of rubber trees (Hevea brasiliensis), recently investigated by Sharpies (Bull. 25, Dept. of Agriculture, Federated Malay States, 1916). The disease is caused by the fungus Ustulina zonata, as Brooks(Bull. 22, F.M.S.) has already shown. Sharpies finds that at the time when the trees in a young rubber plantation are thinned out, at the age of about six or seven years, attacks by boring beetles (Xyleborus paroaulus) become very common. He shows that these insects easily enter trees the bark of which has been injured by the falling of one tree against another. Attacks by the above-mentioned fungus usually quickly follow the beetles which enter rubber trees, the tracks of the insects being convenient ports of entry for the wound-parasite, U. zonata. At the time of thinning a large amount of suitable food material for the fungus is available in the form of soft rubber wood. Owing to the increased development of the fungus under these conditions in conjunction with the greater prevalence of borer attacks during the same period, it follows that the thinning-out stage is the most dangerous one in the life of a plantation as regards the attacks of this fungus on rubber trees.” (Nature 98, 500 (1917): |"Plant Diseases" (PDF)).

Kemalangan kereta di jalan Kuala Lumpur-Kajang, berdekatan Cheras, melibatkan seorang pegawai pembantu di Ladang Belmont, Mr. H.C.Hunt: “The case in which a Malay, the owner of a hired car, is suing Mr. H. C. Hunt, an assistant on Belmont Estate, Kajang, for $375, for damage caused in a collision with his car, is fixed for hearing at Kajang on the 31st inst. Mr. Hunt alleges negligent driving on the part of the complainant and counter-claims for $425. The collision occurred on September 25 near Cheras. on the Kuala Lumpur-Kajang Road. No one was seriously injured but both cars were damaged and went over the bank on the road side.” (Malaya Tribune, 22 October 1927, Page 8: |"Untitled").